Oblique Strategies: In a Nutshell 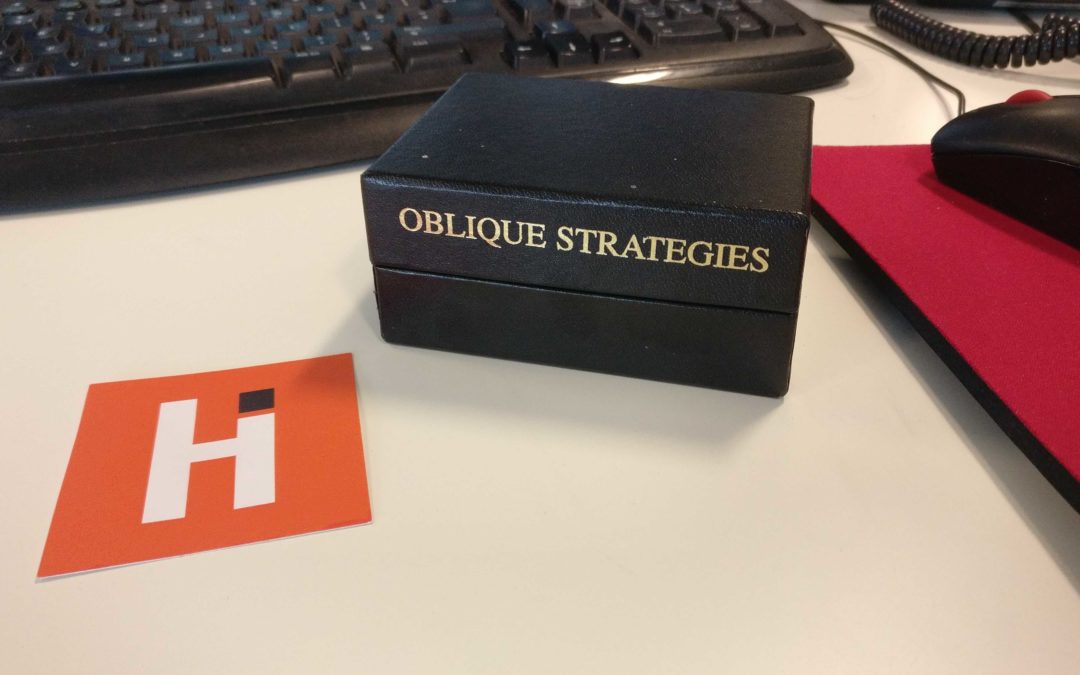 In the 1970’s, Brian Eno and Peter Schmidt devised a method for discovering new creative possibilities, which are now known as ‘Oblique Strategies’.

The Oblique Strategies pack contains a set of 100 cards, each with their own concise prompt, designed to provoke lateral thinking and help overcome creative blocks. The cards are deliberately open-ended, but offer direct advice. See a few examples below:

“The Oblique Strategies evolved from me forgetting that there were others ways of working and that there were tangential ways of attacking problems that were in many senses more interesting than the direct head-on approach.

If you’re in a panic, you tend to take the head-on approach because it seems to be the one that’s going to yield the best results. Of course, that often isn’t the case. The function of the Oblique Strategies was, initially, to serve as a series of prompts which said, ‘Don’t forget that you could adopt this attitude,’ or ‘Don’t forget you could adopt that attitude.”

Originally designed to be used in an artistic context, the cards were famously used by David Bowie in the 1970’s whilst he was recording three albums in Berlin; Low (1977), Heroes (1977), and Lodger (1979). In more recent times, Coldplay have also implemented the cards in producing their 2008 studio album, Viva La Vida.

Although originally designed to be applied within a musical context, they are a really useful tool that can be applied to your business, and approach your problems in a new way.

But how can these Oblique Strategies be applied within a business environment?

Be sure to follow us on Twitter to check in on our daily Oblique Strategies and keep an eye on our blog for articles about how they can be applied in practice!