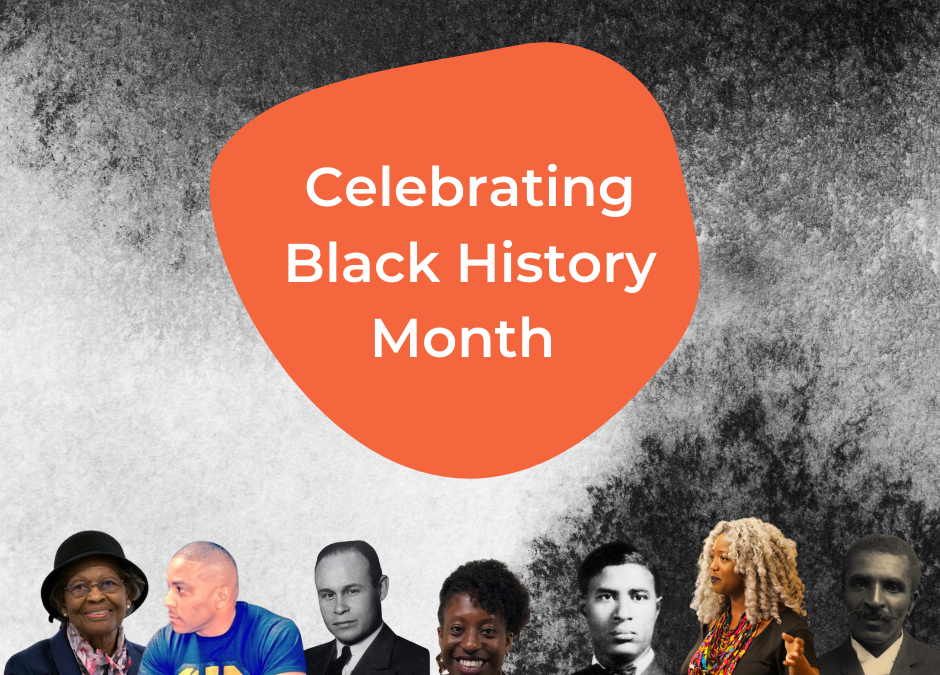 At Hethel Innovation we are innovation crazy (it’s in our name afterall). We love innovators who rock up to the business scene, think differently and make changes for the positive. So to celebrate the tail end of Black History Month this October, we thought we’d research inspiring black innovators throughout history who made, or are still making, waves in their industries.

Often against the odds, these innovators challenged the status quo’s way of doing things and used their intelligence, experience and passion to create, discover and develop. We really are in awe of them all!

Here’s our 7 Black Innovators Who Made and Are Making The World a Better Place:

Dr Gladys West helped develope something that we use almost everyday (and, if you’re anything like me and have no sense of direction, is a literal lifesaver!).

Dr West developed a mathematical model which was used to create a computational model of the shape of the Earth- i.e. she was a large contributor to creating modern GPS.

From humble beginnings in rural US, Dr West is still an inspirational figure to this day having recently received her PhD in Public Administrations at the amazing age of 88.

Julian Hall isn’t just any old entrepreneur… he’s an ultrapreneur. After a successful career starting his own fashion business, becoming an investment banker and launching a dot com company, in 2018, Hall turned his attention to teaching entrepreneurial skills to young people.

One such way he used an innovative idea to inspire kids to consider a career in business is through the creation of his mobile game, Start Up Dash.

Born in 1904, Dr. Charles Drew is often cited as one of the most important scientists of the 20th century. Thanks to Dr. Drew’s medical studies of blood preservation, the doctor headed up the Blood for Britain Project, developing innovations in the safe and efficient transport of blood and plasma to Britain in WWII.

With Dr. Drew’s help, the process of collecting, processing and storing plasma was improved and helped establish his reputation as ‘the father of the blood bank’.

After writing her first line of code at 10 years old, Charlene Hunter fell in love with tech. But upon entering the working world, she soon began noticing unconscious bias and discriminatory views against black workers. With this in mind, and after seeing the 2016 Hidden Figures, the story of black women mathematicians and their often forgotten contributions in the Space Race, Hunter launched a new organisation called Coding Black Females.

Coding Black Females seeks to empower women in the tech industry and encourage girls to consider a career in coding. Hunter has been innovative in creating a unique space for black women in tech to feel supported and appreciated and we salute her!

A master mechanic and skilled entrepreneur, Garrett Morgan began inventing at the tender age of 16, when he patented the first chemical hair straightener, created a sewing repair business and launched his own newspaper.

But what Morgan is most famous for is his invention of the gas mask and three- tier traffic light. Yes, not only did this innovative genius created one product which would go on to save thousands, if not millions of lives, he created two! What an incredible man!

Photo credit: US Department of Transportation

It’s not many people you know who pass an A-Level in Computing at the age of 11, but Dr. Anne- Marie Imafidon MBE is one of them! An incredible contributor to the world of tech, what we most love about Dr. Imafidon is her passion in promoting young women in the STEM (Science, Technology, Engineering, Manufacturing) sectors.

Her social initiative, Stemettes, encourages girls and women to consider a career in STEM industries and has exposed over 45,000 people to Dr. Imafidon’s vision for a more diverse future.

George Washington Carver, who created a staggering 300 products out of peanuts (?!), was born a slave in 1864 on a farm in Missouri, US. Showing a keen interest in plants as a young boy, Washington Carver went onto become a leading agricultural scientist.

Wanting to help poor people in the rural South, he demonstrated to farmers the benefits of crop rotation to improve yields, using the peanut plant as an example. So successful was his innovations in increasing peanut harvests, farmers grumbled that they had too many peanuts which went off before they could be used. As a result, Washing Carver found hundreds of new uses for peanuts including making them into flour, insulation, paper, soap, shaving cream and even experimenting with making them into laxative medication!