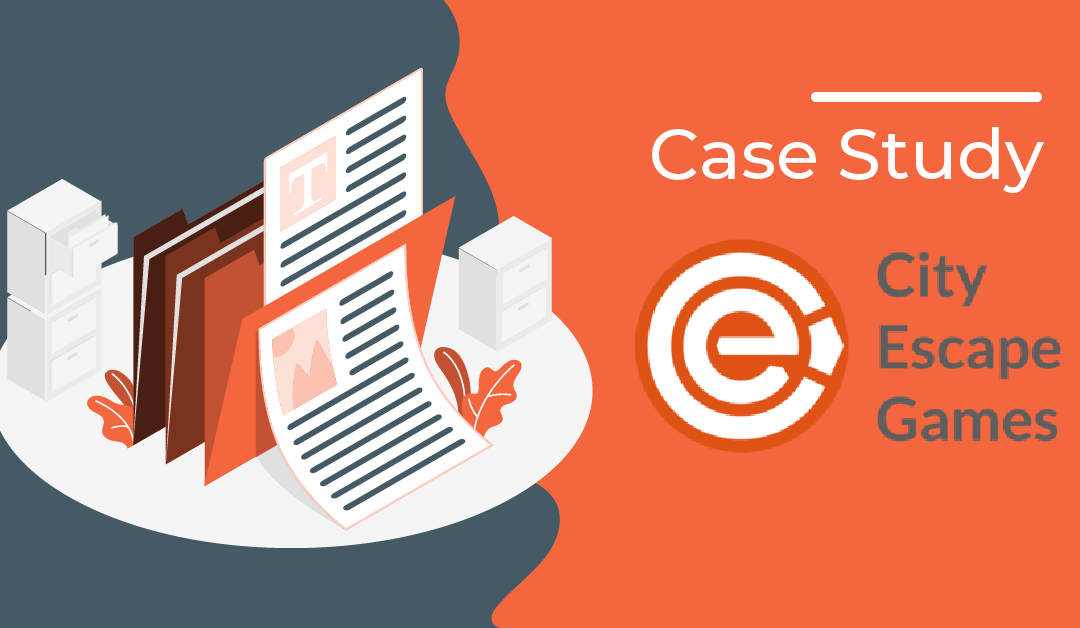 What if you could do an escape room with an entire city? A race against the clock to find the clues and solve a mystery? City Escape Games are a startup who do just that. They have developed an innovative mobile app which takes the experience of escape rooms into towns and cities across the UK. Having started with a game in their local town of Norwich, future plans have turned towards domestic and international expansion.

Escape rooms are a booming industry at the moment, new and weirder themes arrive every week. The challenge of bringing together a group of friends to solve a puzzle and escape a locked room seems to really appeal to us. It is likely the sleuth within us that loves the satisfaction of figuring things out!

City Escape Games first reached out to Hethel Innovation through a mutual contact which the team had previously supported. The founder, Alec, got in touch to learn more about the support services provided by the Business Development team and it soon became apparent that the additional assistance on offer would be invaluable throughout the period of ideation to execution.

The team’s first involvement working alongside City Escape Games saw them conduct market research relating to the escape room industry, notably in the UK. This research uncovered several valuable points, including the growth of the industry, that supply was unable to fill demand, and that many escape rooms experienced equal demand throughout the week. Upon the findings gathered, the Breakthrough team discussed the viability of using the outside escape rooms as domestic tourism activities. This led to research being gathered on the trends of UK domestic tourism, and the realisation that due to a diminishing pound because of Brexit, that more and more people were going on a ‘staycation’. Alec agreed that a positive trend in staycations would allow the business to pursue a purposeful strategy, giving the business a greater vision moving forwards.

Alec introduced the team to his colleague Will, when the two attended the Activate Startup workshops. Over the four-week series, the team introduced City Escape Games to tools such as the Business Model Canvas and influenced the creation of MVPs which would allow the business to test the assumptions of gathered product and customer information and create a more fitting solution. As a result, the team realised that the outdoor escape game could be used as a tourism tool working alongside local councils and organisations. Providing the technology and platform, the councils and tourism boards would be able to create specific content which could drive social events, such as Halloween, Christmas and Easter. The Business Development team also expressed how external businesses could advertise on the platform or pay for routes to finish at a location (such as a pub or restaurant) and be presented with a discount code.

Following the four-week series, the City Escape Games team asked the Business Development team to  conduct product testing, using the platform to solve the clues and complete the game and we were more than happy to oblige! We managed to solve the game just in time, and in classic Scooby Doo style had to split up and search for clues.

The team provided feedback regarding the user experience of the game, the difficulty of the challenges and the purchasing process of the entire platform. Alec has since used these findings to improve the questions, functionality and appearance of the app, which has been positively received in their new Cambridge-based game.

City Escapes Team, to date, have had over 200 players purchase and try to complete the challenge against the clock, and plan to update the branding and appearance of the business ready for a push for the summer of 2020.

During the COVID-19 lockdown in the UK, City Escape Games have also developed a series of escape room challenges to be done at home! A brilliant examples of adapting to your environment, something we love to see.